Printing With A Purpose

Printing With A Purpose 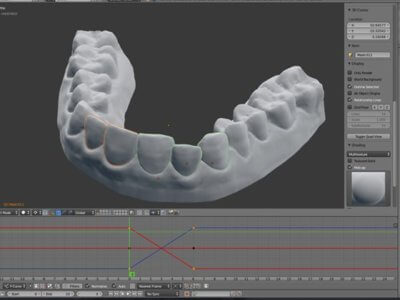 Amos Dudley, an undergraduate studying at the New Jersey Institute of Technology, created his own plastic braces by utilizing $60 in materials, a 3D printer, and creativity! They actually worked, and got him the smile he had been dreaming of.

He went through middle school with regular braces, but didn’t wear his retainer as instructed, so his teeth went back to their previous condition. Not wanting to pay thousands for another round of braces, he decided to make his own. His intelligence and digital-design major helped to make this happen.

He used his blog to keep track of his endeavor; first letting the world know that while he wasn’t very wealthy, he did have access to a 3D printer at his college and was going to take full advantage of it. Of course, it wasn’t an easy task to create his homemade braces. First, he had to study different procedures that orthodontists use, and had to come up with a plan to get his teeth to move the right way. He came up with the plan of fabricating different models made of inexpensive plastic to wear in a certain order, then completed the process by wearing them.

The following are the steps he took in order to perfect his smile on a budget:

He wore his braces for about four months, and acquired the smile he was hoping for! His teeth seem to be perfectly aligned, and he is no longer ashamed of showing them off! With a little ingenuity and a 3D printer, Dudley was able to successfully create his own version of a clear alignment treatment.

Mohip Dental & Associates © 2020 All Rights Reserved Terms of Use and Disclaimer. Accessibility.